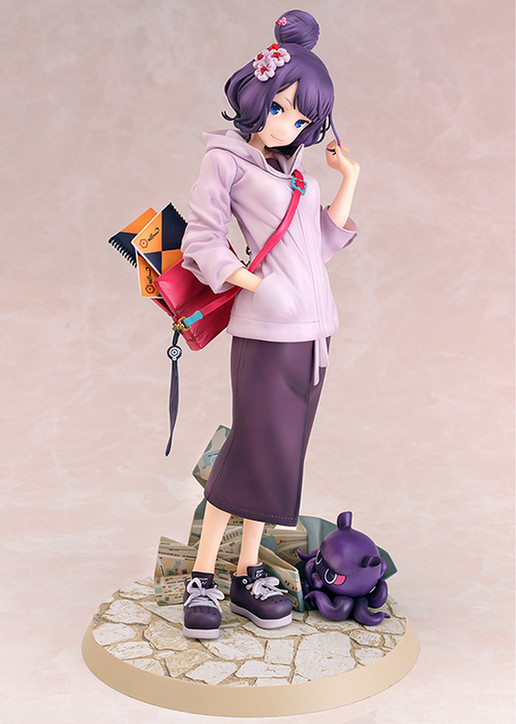 As long as Toto-sama and I can paint whatever we want wherever we go and not worry about food, everything'll be fine.

From the popular smartphone game "Fate/Grand Order" comes a scale figure of the Foreigner class servant Katsushika Hokusai! Katsushika Hokusai has been recreated based on her Travel Portrait craft essence illustration from the game's 3rd Anniversary. Rather than her traditional Japanese outfit, Katsushika Hokusai is wearing a more casual outfit and carrying around her sketchbooks. This look befitting of a modern artist has been faithfully recreated in figure form. Don't miss the miniature figure of Toto-sama and the stone path themed base too! Be sure to preorder her for your collection!