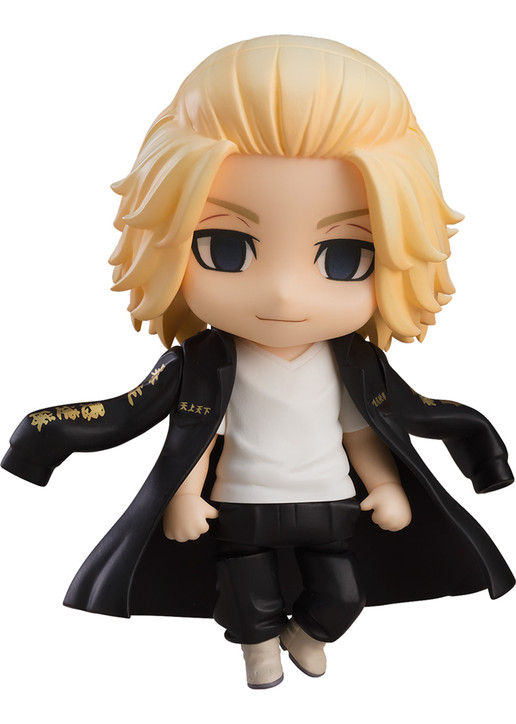 The one and only Mikey joins the Nendoroid series!

From the anime series "Tokyo Revengers" comes a Nendoroid of the leader of the Tokyo Manji Gang, Mikey! He comes with three face plates including a standard expression, a smiling expression and a wild belligerent expression. Optional parts include his motorcycle and a kid's meal! Enjoy creating cool scenes and cute scenes alike! The Nendoroid also features a removable jacket, allowing you to display him with it on or off!

The international version of Nendoroid Mikey (Manjiro Sano) differs from the Japanese version in some printed parts.