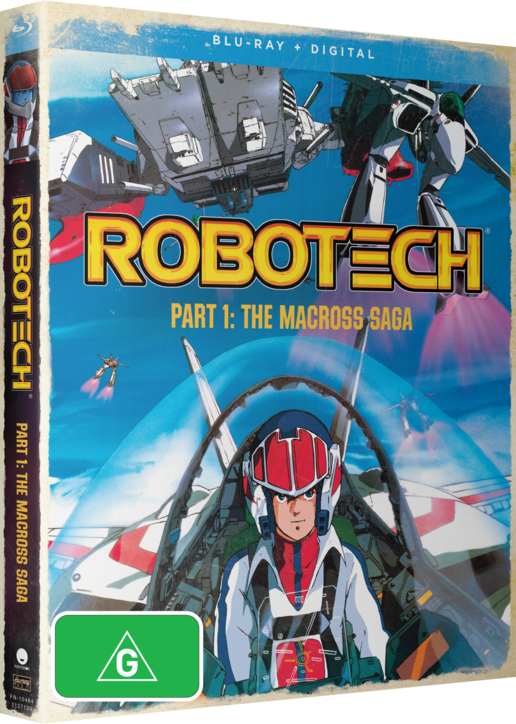 "...you owe it to the anime fan inside of you to see what the whole fuss is about!"

Strap into your Veritech and get ready for the ride of your life! When a mysterious space battleship crashes onto Macross Island in the South Pacific, the future of mankind is changed forever!
Realizing that there are hostile forces in the universe, the people of Earth race to rebuild the SDF-1 as their first line of defense against a possible alien attack! But even as they struggle to master the science of Robotechnology, the vengeful Zentraedi armada is approaching the earth!