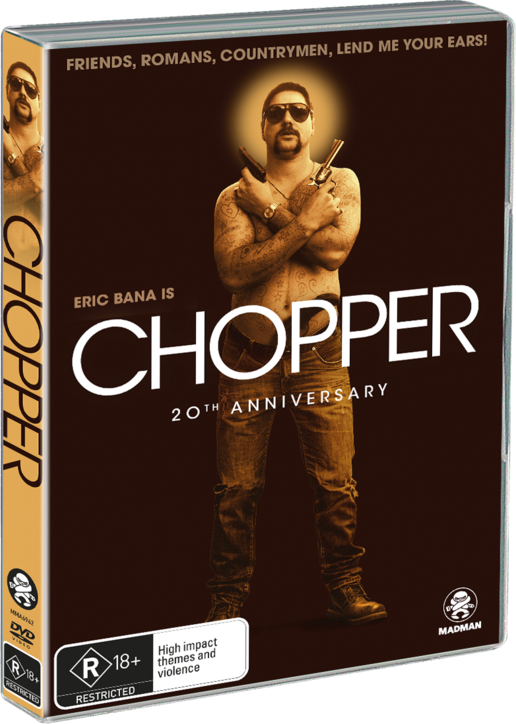 “I’m just a bloody normal bloke,” he says in the movie. “A normal bloke who likes a bit of torture!” Written and directed by Andrew Dominik, in his feature directorial debut, Chopper stars Eric Bana as the title character – recommended for the role by Chopper himself – and co-stars Vince Colosimo, Simon Lyndon, Kate Beahan and David Field.

With an arsenal of extra features and never-before-seen footage such as Eric Bana and director Andrew Dominik meeting the real Chopper while researching the film. PLUS: fascinating deleted scenes and alternative takes, the original theatrical trailer and audio commentaries from both director Andrew Dominik and Mark Brandon ‘Chopper’ read himself.