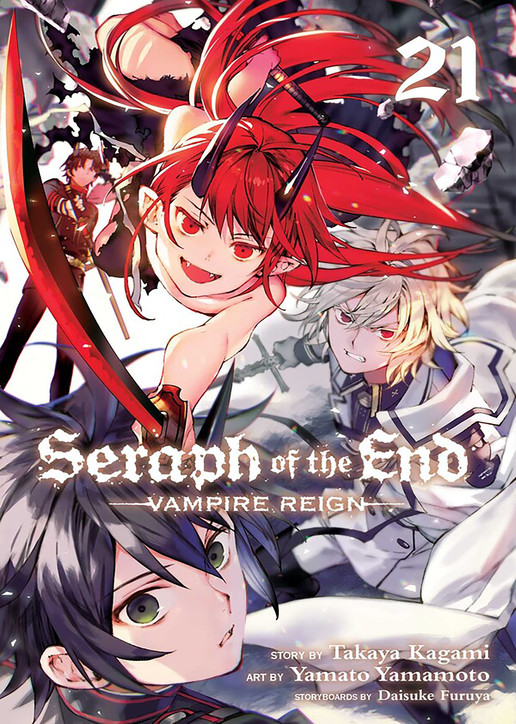 In a post-apocalyptic world of vampires vs. humans, Yuichiro brings vengeance upon his vampire overlords!

After trumpets of the apocalypse proclaim the fall of humanity, vampires arise from the shadows to rule the earth. Yuichiro wants just one thing—to get revenge by killing each and every vampire.

Guren catches up to Yuichiro’s captors, but does nothing to save Yuichiro from the Hyakuya Sect’s clutches. Suddenly, Mahiru appears and attacks Mika! Meanwhile, Noya, the other demon inside Guren, stands and watches the situation unfold. Despite Guren’s apparent betrayal, Yuichiro still has trust in him, but will Yuichiro decide to run away and escape with Mika once and for all?! 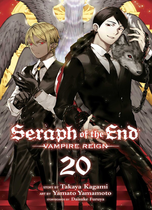