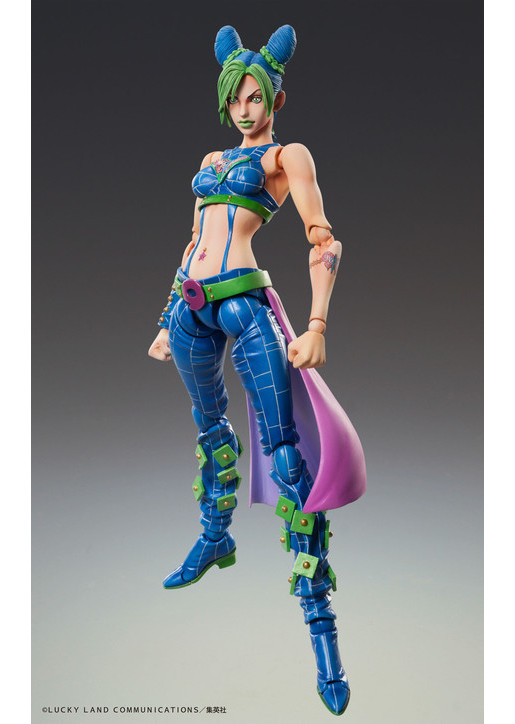 Jolyne Cujoh from JoJo's Bizarre Adventure Part 6: Stone Ocean returns to Medicos' Super Action Statue lineup! The first (and so far only) female lead character from any JoJo arc, this super-posable figure brings her most well-known blue-and-green color variation to the table, with an attached draping resembling her inmate jacket from Green Dragon St. Prison. Jolyne comes with several interchangeable hands, which of course include parts to replicate her unraveling ability, as well as two facial expressions.