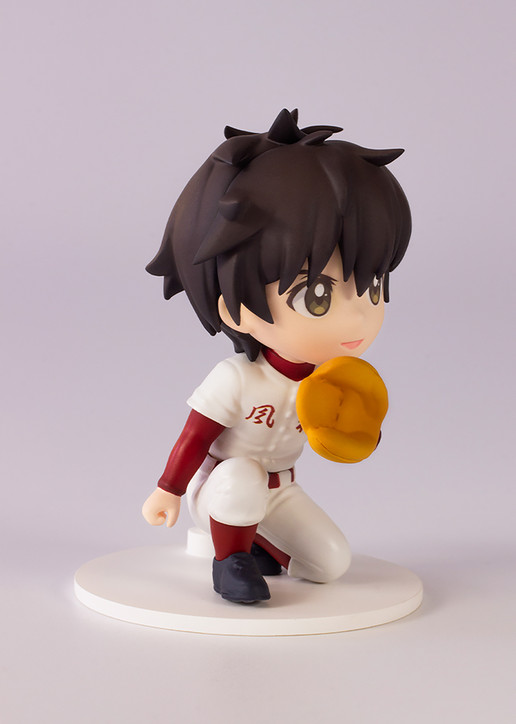 From the anime Major 2nd, the catcher `Daigo Shigeno` of the Fubayashi Naka Baseball Club has appeared as a cute mini-figure! Based on the key visuals of the 2nd series, the appearance of holding uniforms and catcher mitts is cutely deformed! It is full of details such as the uniform number, belt, and mitt. It's a handy palm-sized item that fans must see.