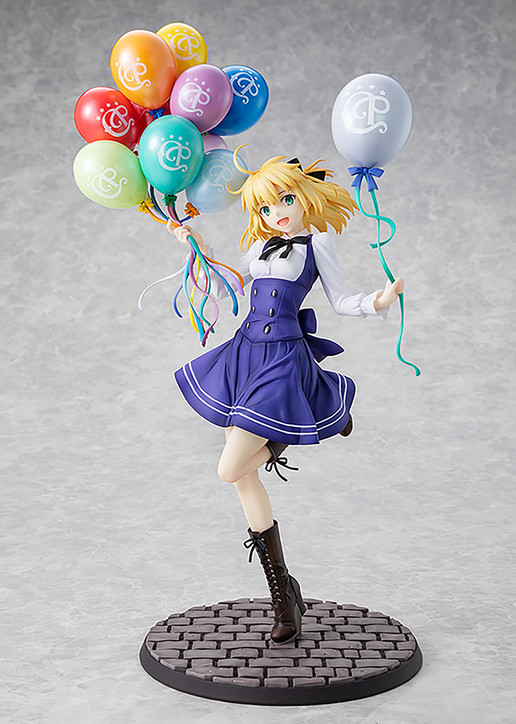 A special festival outfit for an anniversary celebration transformed into figure form!

The figure, based on an illustration from Fate/Grand ORder Fes. 2019 ~Chaldea Park~, features Saber handing out balloons as a cast member at Chaldea Park.

Her innocent smiling face has been faithfully captured, perfectly conveying her excitement in figure form. Her balloons in both hands, dynamically sculpted ponytail hair and the various textures of her outfit have been perfectly preserved in figure form as well.