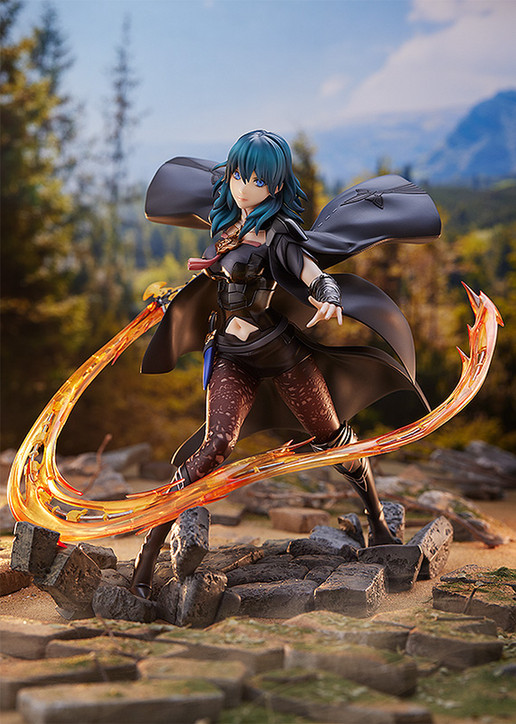 From the Fire Emblem series comes the fourth figure in a new series of figures made by the developer of the series, INTELLIGENT SYSTEMS!

From the latest Fire Emblem game, Fire Emblem: Three Houses comes a 1/7th scale figure of the main character Byleth! Byleth has been captured in figure form in a dynamic pose, swinging her sword as she leads her students in battle.

The figure comes with two versions of the Sword of the Creator that Byleth can be displayed holding-a standard version and a special effect version. The two parts feature the sword in a different form, dramatically changing the atmosphere of the figure.

Enjoy viewing the figure from every angle!