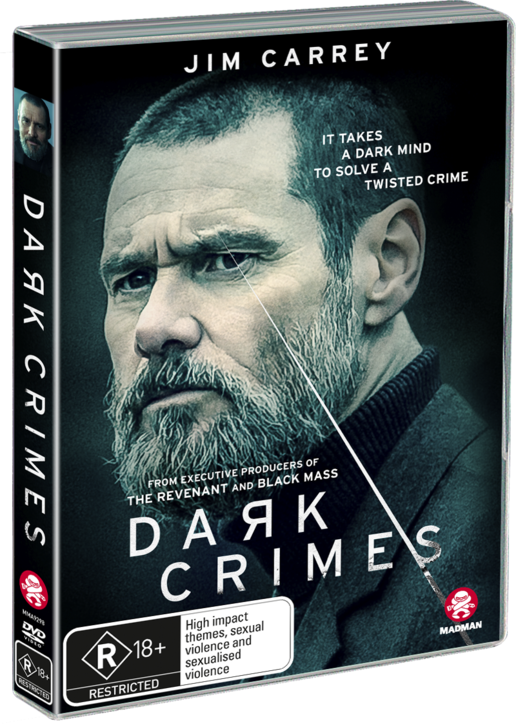 It takes a dark mind to solve a twisted crime

Jim Carrey commands the screen in this spellbinding thriller from the producers of THE REVENANT and BLACK MASS. When police officer Tadek (Carrey) finds similarities between an unsolved murder and a crime outlined in a book by famed writer Krystov Kozlov, Tadek begins to track Kozlov and his girlfriend, a mysterious sex-club worker (Charlotte Gainsbourg). As his obsession with Kozlov grows, Tadek descends into a deadly underworld of sex, lies, and corruption to find the shocking, deadly truth.