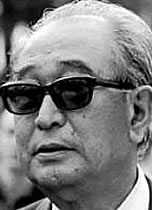 "Indeed, there is something topical about films. If they don't have topicality, they are not meaningful. Films are not for museums."

Japan’s best-known filmmaker, Akira Kurosawa was born in Tokyo, the youngest of seven children. His father, a former army officer, often took the family to the cinema, and nurtured the young Akira’s interest in the arts. After an early career as a commercial artist, he joined Toho Studios as a scriptwriter and assistant to director Kajiro Yamamoto in 1936.

Deemed unfit for service in the Japanese army, Kurosawa was able to concentrate on his cinematic career during World War II; the period judo film, Sanshiro Sugata (1943), was the first of what would be a fifty-year career as a director.

Kurosawa first gained prominence in his homeland throughout the 1940s with contemporary films such as Drunken Angel (1948)—the first of 16 collaborations with actor Toshiro Mifune—and Stray Dog (1949), but was not highly-valued at home until Rashômon (1950) won the Golden Lion at Venice. An innovative tale of a crime told from multiple viewpoints, Rashômon almost single-handedly woke the west to the existence of Japanese cinema.

Kurosawa cemented his reputation with numerous period films, or jidaigeki, including the seminal Seven Samurai (1954), which won the Silver Lion at Venice, and Hidden Fortress (1959), awarded the silver bear for direction at Berlin.

Red Beard (1965) marked a turning point for Kurosawa—it was both his final black and white film and the last in which Mifune would feature. The director then went through a frustrating period of inactivity as projects were repeatedly aborted and funding denied, driving him to depression and a suicide attempt. He survived to create another seven films over the remainder of his life: among them Dersu Uzala (1975), funded by and set in the USSR, and filmed in Russian, won the Oscar™ for Best Foreign Language Film the following year; Kagemusha (1980) funded with the help of American admirers George Lucas and Francis Ford Coppola won him the Palme d’Or at Cannes; and Ran (1985) considered his last masterpiece.

Kurosawa received the Legion d’Honneur from the French Republic in 1984, and an honorary Oscar™ for lifetime achievement in 1990. He died in Tokyo in 1998. 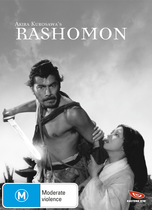